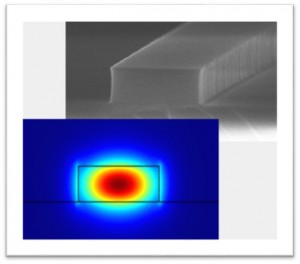 With the aid of well-developed nano-fabrication technologies, the integration of photonic components into a wafer yields an important turning point that promises a broad range of new applications and physics in Quantum Optics.  Non-classical light sources including microring resonator and silicon waveguides can be seamlessly integrated with photonic components creating a Quantum photonic circuit, and new proof-of-concept experiments will be performed.